All ready to roll

The band have rehearsed for the last time before the trip to Poland and will be leaving sunny Dorset on Wednesday night for the first show on Thursday 4th June (check earlier post for venues).

Stuart and Dean got together this week for a writing session and to fine tune some of the recent compositions. All went well and if the pace can be kept up, there'e no reason why the band won't be heading into the Studio towards the end of the year.

Dean's studio project, After The Storm, has been completed with the help of Lee (who has been asked to have more of an active role in the band so has now turned the duo into a trio). The project has been very rewarding for Dean and he is hugely excited about the months ahead with Galahad to work with the band on the new album.

With the CD release by Metal Mind of Galahad's live performance in Poland in 2006 (which incidentally, is the same that was used for the DVD) the Live CD release of the show at RosFest in 2007 is to be witheld a little longer than originally planned. What this space for details.....
Posted by GalahadsKeys at 07:08 No comments:

Change to support for Poland

Just a very short entry to say that we have just heard from Witek of Oskar (promoters for the Polish tour) and our support band has been changed. The support will be another Polish group - not Believe, but GRENDEL

Rehearsals for mini-tour of Poland 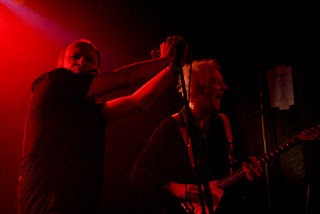 Rehearsals for the mini-your of Poland are about to start. The set list has been decided on and the band are getting very excited about their 3rd trip to Poland.
The Polish audiences are very enthusiastic to see Galahad (after all, the band had to wait 20 years before getting the chance to play live in Poland).
The dates are:
GALAHAD + BELIEVE (elektrycznie): June 2009:
04.06, CZERWIEC - PIEKARY SLASKIE, ANDALUZJA,
05.06 - OSTRÓW WLKP - OCK,
06.06 - 4TH OSKAR ART-ROCK FESTIVAL -GRENDEL + BELIEVE + GALAHAD + RIVERSIDE -KONIN, OSKARD...
07.06. BELIEVE + GALAHAD - Poznan - BLUE NOTE
Posted by GalahadsKeys at 17:17 No comments: 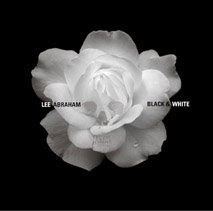 The Mirror, a track from Lee Abraham's new album Black and White can be heard here:

You can visit Lee's site at http://www.leeabraham.co.uk/
Posted by GalahadsKeys at 17:01 No comments:

Have a free listen

We've got a taster of two tracks from Empires Never Last, the most recent Galahad Cd for download here: http://cid-a1b43642e0803810.skydrive.live.com/self.aspx/.Public/FB%20ENL%20Abridged.mp3 it's quite a large download (11mb) in mp3 format.
Its a taster version of the title track followed by a slimmed down version of Termination... enjoy

You can get a copy of the album direct from galahad http://www.galahadonline.com , email: band@galahadonline.com or through the usual internet shops (play.com , amazon etc). If you prefer, the album can be downloaded from itunes: http://itunes.apple.com/WebObjects/MZStore.woa/wa/viewAlbum?id=263872772&s=143444
Posted by GalahadsKeys at 04:48 No comments:

New album at the writing stage

It's been a rainy day on the south coast of England. A week's gone by since Galahad played at Mr Kyps with Threshold and the new facebook group has expanded nicely in its first 3 days. Some photos have been uploaded to the facebook group of the Mr kyps gig (photography by Donna- Stu's sister-in-law).

Dean has been putting the finishing touches to his new studio project (After The Storm) at Lee's studio. The mixdown starts this week and some pre-release copies should be available by the time the band head to Poland in early June.

The new galahad material is taking shape quite nicely. Stu has lots of very interesting lyrics needing to be shaped into songs. Working titles at the moment for some of the tracks the band have been working on are Crest of a Wave, Bitter and Twisted, Guardian Angel and Secret World. Of course, things change, adapt, switch around and progress in such ways that these tracks could take on very different shapes over the next few months.

The band were very happy with the way Empires Never Last turned out and the direction the band took for the album was justified in terms of the awards and sales it received. The new material will, in typical Galahad fashion, 'progress forward' but just this time, they also feel that they have found the right formula and enthusiasm to strive towards bringing an even better album out. Hopefully, we might be able to offer sneak previews to our diary readers in the future so keep checking back to keep updated with the news from 'Galahad Towers'.

Posted by GalahadsKeys at 11:05 No comments:

Welcome to the first blog

We thought we would keep you up to date on whats happening at Galahad Towers with this, our very own blog :-)

At the moment Dean is already on twitter http://www.facebook.com/l.php?u=http%3A%2F%2Ftwitter.com%2Fgalahadskeys&h=5bc8f74316afa50ab145844c47ce4405 and we will keep you informed if any of the other guys decide to twitter.

The band took a break from writing the follow up to Empires Never Last on 10th May 09 to play a gig at Mr kyps in Poole, Dorset with Threshold. A small tour of Poland is scheduled for the very begining of June 09 but hopefully the guys will be continuing to write material for the forthcoming Cd which will hopefully to be released next year (and also coincides with the band's 25th anniversary-yes, you DID read that correctly).

Empires Never Last has been the band's most successful album to date, winning 2 awards - Best Album and Best Artwork. The follow-up album is eagerly anticipated and the band are hoping to build on the firm foundations ENL rests on with, of course, Karl Groom at the sharp end of the recording process.


We will keep you updated on life with Galahad over the following months
Posted by GalahadsKeys at 08:25 1 comment: